I made the Berlusconi Bunga Bunga Song, which for some reason is 69 minutes long... A Milan court sentenced Silvio Berlusconi, the former Italian prime minister, to four years in prison for tax fraud! Berlusconi, kind of italian politician, says "i will resign". Better late than never ...

And a special, 25 seconds ring tone version for you to download:

"Bunga bunga is a phrase of uncertain meaning that dates from 1910 if not earlier. By 2010 the phrase had gained popularity in Italy and the international press as well, when it was used by the Italian Prime Minister Silvio Berlusconi to refer to his alleged sex parties, which caused a major political scandal in Italy."
http://en.wikipedia.org/wiki/Bunga_bunga

A cross-party panel of the Italian Senate has recommended the expulsion from the chamber of Silvio Berlusconi over his conviction for tax fraud.read more at http://www.bbc.co.uk/news/world-europe-24396099

10 April 2014: Silvio Berlusconi to 'entertain' the elderly and help at meal times

"A court in Milan ruled yesterday that as his sentence for tax fraud the billionaire media mogul would be performing community service in Cesano – "once a week and for a period of no less than four consecutive hours" – in a centre for the elderly and disabled."read more at theguardian.com

What a lame punishment is this??? Unbelievable.

Funny photo from the video: Berlusconi as The Joker 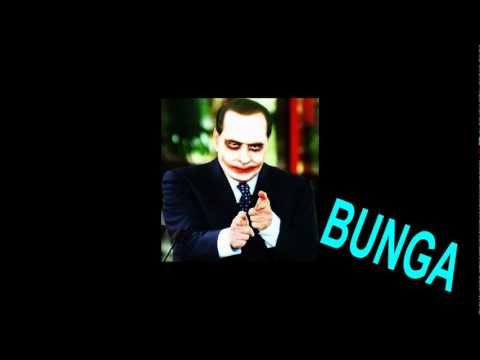